There is no need to add jumper wires to the board or cut traces.

C90 is marked as 360 pF on the board. This is in line with what Commodore specified. You can install a 470 pF instead.

RP8 on the original board have three pins cut off, there’s no need to do that on the Neo. You can solder in the whole pack.

RF modulator (or suitable replacement board) must be installed or there will be no output from the VIC. The RF modulator is the same as used on the C64C Short Board #250469.

You can locate components using the Component Locator

There’s a small issue with the silk screen for C201. C201 is located here: 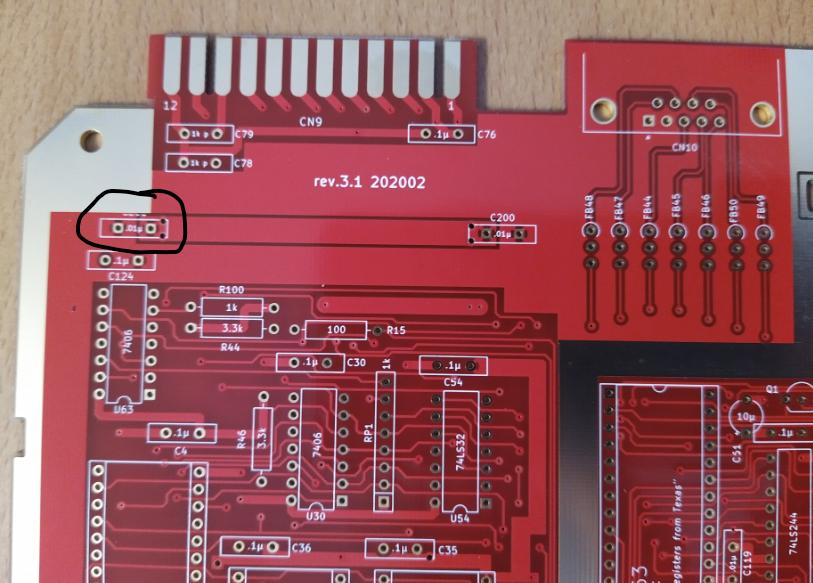 An improved assembly guide will be written